Executable Campaign vs Campaign is Requested

In the May 2021 Adobe Marketo Engage product release, a new feature called Executable Campaigns was released. This feature is similar to the request campaign/campaign is requested feature in that you must have a parent (requestor campaign) and child (requested campaign), however the main difference is in an executable campaign, the requested campaign must finish before the next flow step runs.  This is a huge improvement to the campaign is requested feature because you will now be able to control and wait for certain actions to take place.  Additionally, you’re also able to pass tokens from the parent campaign into the executable campaign. This feature is extremely helpful for scoring programs or updating data based on a triggered action.

In this blog, we'll demonstrate how to leverage request campaign, campaign is requested, and executable campaign for setting up a new lead processing program. Along the way, we'll highlight key benefits, differences, and limitations for each of these methods.

When a new lead is created in Adobe Marketo Engage, sometimes you need data to be populated by smart campaigns in a specific order to process leads, but you don’t want leads to sync to SFDC before it is ready. In the scenario below, we’ll walk through a common flow for new leads entering a database. This example assumes you have a program in Adobe Marketo Engage that standardizes data (an example would be updating common misspellings of the country to the correct value), data enrichment, lead scoring, and a lead lifecycle.

In this scenario, there is one traffic manager smart campaign where each of the requested campaigns are triggered right away. This traditional way of daisy-chaining campaigns is how most users force leads to go down a certain path in a specific order.  While this will work most times, there are a couple of issues that you can experience, the largest being timing.  Looking at the example below, we have 3 campaigns that I would like to have run in order:

In this example, the second and third steps are reliant on data from the prior steps to be populated. So, if there is a smart campaign backlog or maybe even a second or two delay, there’sa risk that a lead may go through a future campaign before finishing the prior campaign.  While you can try to add wait steps into the flow, you will always have a potential risk of campaigns running out of order.

Old Way – Request Campaigns at the End of the Flow

In this scenario, we eliminate the timing issues from the above example by requesting the next campaign as the last flow step in the campaign. This allows you to call the next campaign at the end of the flow once the previous steps have been completed, however, one major drawback is the lack of a centralized traffic manager. This example allows you to force the completion of the previous steps, before moving to the next one, however, if changes need to be made or issues arise, it’s much more difficult to troubleshoot issues outside of a single traffic manager.

How to Create an Executable Campaign

NOTE: You cannot clone a campaign that has triggers into an executable campaign as this will fail.  You will either need to remove the trigger prior to cloning or create a new campaign from scratch. Additionally, if the smart campaign you’re cloning has a “call webhook” flow step, the clone will also fail as webhooks are not supported in this feature.

Thanks for detailing this out, Kyle! I've used them a few times and they're really great. For example, we have a website quiz vendor, and the results come through to Marketo as integer fields. I need to translate those integer field values into a string field value (e.g. "Score = 1" translates into "Result = Low"), and it needs to finish before we send the confirmation email, because the email has the string fields as tokens in the body. By using an EC, I can be assured that the data translation happens before the email is fired off.

Thanks for sharing the information @Kyle_McCormick. I haven't used this feature yet, but now I'll try it.

Great blog post Kyle, loving the ideas for new lead processing. I also have seen some great executions for tasks or Interesting Moments using the executable campaigns ability to inherit tokens from the program they live in! 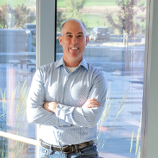 great post @Kyle_McCormick ! Have had it bookmarked for awhile, and only *just* have the time to sit through and start to work on optimising some of our programs so excited to dive in!