I've been trying to clarify on what counts as a lead database license and the answer hasn't been clear yet.

I know that a true anonymous lead is a lead who visits the website with munchkin and browses the site. The lead hasn't filled out a marketo form and his marketo record cannot be seen in lead database unless you visit a hardcoded URL . This type doesn't count as a license.

To me,  I have been believing that "If I can find the record in lead database search", its  treated as "known" and counts as a license, regardless of whether it has an email address. Some examples of how such records can be created

1) An anonymous lead fills in a marketo form with just first name.

His marketo record in lead database with just first name and inferred fields populated but email address is blank.

2) Marketo API was used to create a lead record with no email address.

However, some say that "as long as the record in the lead database doesn't have an email address, its treated as "anonymous/known" and "non-marketable", and doesn't count as a license". This doesn't make sense to me because this means that someone could actually create a 1000 records in Marketo without an email address (through API for example) and claim no licenses are being used.

Does anyone know the true answer to this please?

This has been answered before. Any Known record counts toward your subscription tier. This includes unsubscribed, invalid, etc.

Apparently empty email can count too, but those are easy to kill off.

What exactly contributes to database size? When is it time to upgrade?

This is the sort of thing you should confirm with your Account Manager.

My impression has long been the same as yours, Jason, and confirmed here by Josh.  Note with Munchkin 2.0, there's a clear system-level siloing of

Thank you Josh and Sanford. 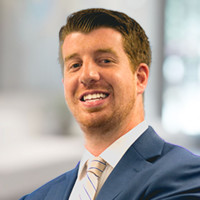 If you are looking to clear out some storage space to reduce costs on renewal of Marketo please feel free to reach out to me.  RingLead can assist you with your initiative to maintain data quality to ensure lower costs with Marketo.  Just a few of the things we work with are: