I have almost 1.5K campaigns that need reactivation as of their date of deactivation Jan 22, 2016!

Quite a pain to have to go manually to each one and reactivate.

Idea: in the Deactivated Campaigns lightbox (in notificiations), allow multiple selection of campaigns and a button to reactivate

Or better yet, have an override checkbox where admins can tell Marketo to NOT deactivate these trigger campaigns! 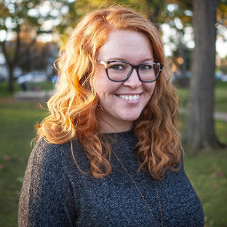 Agreed! That would be great.

Not knowing your setup or what all the triggers are for, there is a way to automate a work-a-round shut-off prevention program. Here is a high level view of the concept:

Create a Batch Program that runs on a 3 month schedule (or whatever) that uses a specifically created processing lead to Request a Campaign of each  trigger at risk (or just run all of them). If you are using cascading logic you can just send the lead to the top campaign and let it fly. In this scenario I would just use a single flow to one by one check in and trigger them all. Example:

If you didn't want the Lead to run through the campaign you could use this set up with Remove from Flow flow actions. However, depending on the setup of the campaign, it may not remove the Lead before it blazes through the flow:

There is a couple ways to deal with program membership, list additions, and analytic hygiene if that is a concern.

1. Easy - You can just add a Delete Lead at the end of the flow

- If I were going to take this approach I would add a Send Alert at the end so I could be reminded to add a new processing Lead. Either name it the same thing or pick a name that corresponds with the date and update the Smart List in the Batch Campaign.

2. Additional Work - You can create a separate Trigger Campaign to do these actions for each specific programs, one for or all of them. Send the Lead to Trigger then send it to be cleansed from that campaign or send the Lead to the Campaign Cleaner at the end of the Flow.

This can also serve as a master collection of all your campaigns. Although adding 1.5K of campaign flow actions is a lot of up front work, I can only imagine you are already burning more cycles turning them back on. If I walked into this situation, I'd invest the effort on this issue once rather than every 6 months.

IDEA - As far as a way to add this feature permanently ... I actually thought of this idea a while back in the form of a mass on/off switch and thought this would be a great addition to the Campaign Inspector.

A massive on/off switch would reset them in theory, but really I want this so I can turn off Email and Event Programs that have Status Update, Attendance, Deliverability, and any other Special Trigger Campaigns that are hanging around after the Program is over.But why not add a Reset feature to that and add a scheduler option as well. On/Off/Reset * Reset Every ____ days/months.

Another feature could be a "Test Campaign" feature which takes the work-a-round idea above and automates that for us by creating the Processing Lead, Adding the Selected Campaigns to Test, Running the Program in Test mode (thus not adding membership, not actually adding to any lists, not actually scoring) so to not leave footprints. Maybe all four On/Off/Reset/Test *Reset or Test Every ____ days/months.

Haven't yet had the chance to implement a full campaign that will run through the thousands of SCs under my hundreds of programs.

And again I received my notification of 347 (thankfully less than the 1500 last time) paused trigger campaigns.