No product can capture the action of opening an email and reading its content without downloading images. None. There is no flexibility on this subject.

I've already covered your follow-up questions about clicks in my earlier answers. It should've been clear that yelling at other users about perceived shortcomings in the platform is unproductive. 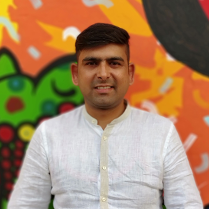 If you think a discussion is yelling then I am sorry. Coming to the question, did I mentioned anywhere that an email will be counted as opened without downloading images. I have very simple question how to count UNIQUE OPEN AND CLICKS of my email. Does this make sense ?

Arbitrary use of all-caps text is considered yelling. Perhaps you did not mean it that way; however, it's still unnecessary to capitalize the phrases in your posts because it simply makes them harder to read.

You didn't specify either way, in fact the whole thread is peppered with terms that have multiple meanings that you haven't clarified.

Both of these Smart Lists will show you one row in the result set for each lead, that is, they are grouped by lead with a link to the lead record in Marketo. You may look at the lower right-hand corner of the result to see the number of rows, i.e. number of leads.

Similarly, if you want to count every single time an email was clicked by a human or machine, the EPR Clicks column will not suffice because it aggregates multiple clicks on the same branded link by the same recipient. The Email Link Performance Clicks column, on the other hand, will reflect multiple clicks by the same recipient, as you can see by comparing the Clicks and Leads columns.

I had the same issue last week. I sent an email to a small number of people and got a TREMENDOUS response. My instinct was to think "this is too good to be true". Here is my case:

I sent an email to 365 people. The monitoring campaign i used to route leads to SFDC is a trigger - clicked link in email and link is ***.

Just a quick recap, these are definitely coming from security bots on the email server. Remember as more and more emails contain bad links ( and these aren't your emails) the security bots will tighten down on security.

Another thing to consider is that, you said this was the first time you were sending out an email that included this third party link. A lot of times security bots will get tripped when an email contains links to a domain name that doesn't match the domain name the email is coming from.

The best way to work around this is to include that stealth link some where in the email. This will be a link that is hidden to the human eye but the security bot will see within the code. This way you can build a smart list that says "If the person was delivered this email, opened this email, didn't click that hidden/stealth link but did click the intended link" which will give you the folks who actually clicked the proper link.

I had to add an invisible "stealth link" to my email templates near the top of the email so the security bots I was trying to get past hit that link first. Bottom line is that I see an inflated number of clicks due to security bots and the unique links from someone that opened the email is what I have to count on for reporting.

Nah, that's old FUD. It makes no difference, especially with Marketo-tracked links that are rewritten to go off your tracking domain.

That’s what I thought Sanford. I wish you were on the call with me!