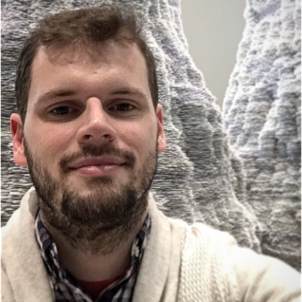 I recently learned that all of the guided templates are NOT responsively designed for mobile/tablet devices, even though they're beautiful on desktop. I looked into several past threads about this topic and haven't found an answer for my questions.

I work for a smaller nonprofit and our form collection landing pages need improvement. I investigated Knak, which a lot of Marketo users seem to love, but they are too expensive for our enterprise ($10,000/year subscription). All I need is a visually appealing, mobile-responsive landing page for form collection.

-Does anyone have experience acquiring one of these on the cheap?

-What is your experience working with web developers on Marketo products (is it hard to find a developer who can code Marketo features like the content Modules and dynamic content into the templates)?

-Is it possible and advisable to have a developer modify an existing Marketo LP Template to be responsive?

I'd love to hear your thoughts and suggestions! Thank you!

I have been building landing pages in Marketo which are not only responsive in Mobile devices however also contain tokens, variables, and Elements that can be easily customizable in the future as well.

If you already have a landing page that you want to convert to have Marketo specific template I can help you out with that.

It's a lot easier — though still not what I would call "easy" — to find LP developers who can build Guided LPs than it is to find email developers who understand Marketo's Email 2.0 syntax.

The reason for the disparity is that email devs need to understand not only Marketo modules (which don't exist on LPs) + variables + tokens + editables but also the insanely retrograde HTML4 you need to build cross-client emails and potentially Apache Velocity, not a common collection of skills.

In contrast, LPs support modern HTML5, CSS, and JS. So the uncommon part is the Marketo syntax — still significant, for example many devs misuse {{lead.tokens}} in LP code because they don't get the encoding right — but not as big a leap.

Even if it were "just" LPs, though, you wouldn't want to get someone involved who had no experience with Marketo. That's a recipe for disappointment.

Note this isn't the place for directly recruiting that developer help, as promoting one's own services isn't allowed on the Community.

Would you be willing to post a link to the non-responsive page you've got setup on the Marketo template and let me know which template you're using from the library. I've had half-a-mind to rework some of these templates in the past b/c well.... they need it. If you'd be able to share what you've already got setup, I'd be willing to work to rebuild something to share with the community here that was as close as we can get it to your requirements. Let me know if that's something you'd be interested in and I'd be happy to help out for the greater good if I can.