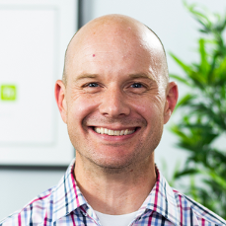 I have to make a decision about whether to migrate away from Marketo to Hubspot in the next week or two.

I've invested a lot into Marketo over the last 9 years. I have been a VAR for Marketo, and as such implemented and supported it with countless companies. I've always believed that it was the best option out there. I've put my neck on the line many times by recommending Marketo over its competitors. I know it like the back of my hand.

However, in my current role as Head of Marketing for a seed funded start-up, there has been a lot of pressure from investors to migrate to Hubspot, which is perceived to be easier to learn/support and less expensive (at least in the first few years while you qualify for their funded start-up discount).

This has pushed me to take a look in the mirror to ask if I'm holding on to a dying pony.

The product really hasn't had any meaningful improvements in a long time. Some popular feature requests have been ignored for over a decade.

The system is really quirky and is certainly much harder to learn than Hubspot. Beyond that there are features of the product that we try to use that just don't seem to be supported at all (Chrome Gmail Extension, Marketing Calendar, Event iOS App, to name a few).

And to top it all off, when we report bugs to Marketo Support, it can take days for a response, and usually answered by an offshore, non-English speaker, who is much less knowledgable about the product than I am.

So I'm coming to my fellow Marketo professionals to ask, is it time to shoot the pony? Or is the grass on the other side of the fence just as dead as Marketo?

Overall there are always going to be different situations that require different solutions.

Marketo does a lot of things very well: tokens, engagement programs, the sync with SFDC - this is what I often point to. However, it is expensive, and at a certain size of company, it's entirely possible something like HubSpot would make more sense. It's less powerful overall but easier to use, and if you don't have dedicated marketing automation/operations resources then it's much simpler to jump into, build an email, and then go and do something else.

In addition, having a CRM and MA tool integrated natively (as per HubSpot) will certainly be beneficial for simplicity. However, there's a point when you need a more powerful CRM and MA solution, and that is when HubSpot is generally not the tool for you. It doesn't really have much success in the enterprise space. And with Adobe now owning Marketo, there are integrations such as Adobe Real-Time CDP which will significantly add to functionality for enterprise customers. It will be interesting to see how it plays out as Marketo migrates from being a "best of breed" provider to being more fully integrated into (and perhaps dependent on) the rest of the Adobe stack.

Hope this helps: my thoughts only 🙂

Thanks for your thoughts Phillip. Your take is aligned with my experience. It is hard to decide if sticking with the solution we'll eventually need is the best course, or if we should switch and then be faced with switching again in a couple of years.

It would be an easier decision if Marketo seemed like they cared about advancing and supporting their product.

With Adobe at the helm, Marketo looks to replace Adobe Campaign and will be positioned as more of an enterprise offering. There is a lot of work already done or underway to integrate Marketo with AEM and Adobe Analytics and potentially Adobe Real-Time CDP - all of which a start up would never be able to afford.

Marketing automation itself has broadened from email marketing, landing pages and forms to managing data and processes and what Marketo still does well is exactly this - the ability to create automation rules and pre-process data before it hits your CRM. So, yes, while learning Hubspot will be quicker and even the UX to send an email out is quicker, it's probably not your endgame for a thriving revenue operations function.

As such for ourselves, we started out with Pipedrive and eventually migrated to Marketo and SFDC with our fresh round of funding.