There needs to be an easier way to change multi-select values in fields in Marketo.

For instance, in SFDC when you replace a value with a new one, it goes through and updates all the values in a sequence of multi-select values. Our instance of Marketo does not sync everyone from Marketo into SFDC so there are millions of records that do not get updated in this process.

There are only 2 ways to replace multi-select values in Marketo:

Idea: Have a flow step or function that allows for multi-select values to be replaced. Either in the same process done in SFDC or one of the other competitors like HubSpot.

Happy to answer any additional questions related to this request.

I agree that a built-in facility would be handy. But the fact is these are stored as string fields, not multiple fields, and string parsing within databases is notoriously terrible (try doing string search/replace in SQL against a large db and you'll see what I mean). So it's a not a simple addition.

Meantime, a webhook can do it lickety-split outside the database, though there will of course be network I/O. For example:

Also re:[1] you can upsert leads based on Lead ID if you use the API. 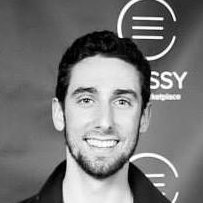 Thank you for the support Sanford!

I am not too technical with the recommendation you are suggesting, so I will have to research into it. Basically, you are saying 2 things:

This is at least a start until something can be figured out by Marketo.

Right, there are 2 ways to go about this.

First is a webhook. I used JavaScript, which is the uber-popular language used in FlowBoost -- a platform we built that I'm naturally inclined towards -- but for this task other technologies could be used, too. (I purposely made the script generic JS and thus longer than necessary. In FB proper, it would be a single line FBString.list.replaceAll()).

Second is the REST API.  There, you can choose a dedupe key, and ID is the obvious choice for you. If you have a developer, it's relatively easy to build a substitute import form that uses the API behind the scenes. Of course the form won't exist within the Marketo UI, and has to be separately secured.