This post it to elaborate some strategies to handle the "sync with Marketo", based on the findings we had on how this field really work ("Sync with Marketo" mysteries part 1​)

Just set the "Sync with Marketo" to False in SFDC before enabling the sync. In the initial sync process, stop at the field mapping step, ask Support to enable the filter and, when it's done, complete the sync.

This may be needed for a progressive roll out in large orgs.

From our findings, the first way you should consider to set this up is to stop the sync FROM Marketo. Unchecking the "sync with Marketo" will propagate to SFDC at next sync, and from there, the sync will stop. So the smart campaign to set up to do this is:

The "sync with SFDC" flow step is not mandatory, you may just rely on the automatic sync to happen. Still, having this step in the flow enables to make sure that the sync has occurred before deleting the lead. If you do not use a "Sync to SFDC" step, insert a "wait 1 hour" instead.

If for various reasons, you do not want to use Marketo to stop the sync but you want to do it in SFDC, then use a time based workflow so that the "sync" field is not unchecked immediately. This will leave time for the other value changes to be propagated to Marketo, where you will be able to use these value changes to ultimately delete the lead, after another wait of 2 hours.

You do not have a choice here: the only place you can do this is in SFDC, even if you have not deleted it yet from Marketo. 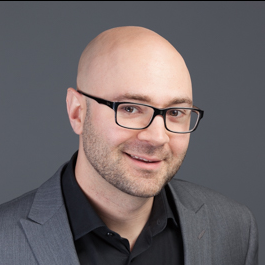 This is really helpful, thank you, Greg.

Something I'm currently testing: what happens when a lead/contact is unsynced and deleted from Marketo, but then resynced back to Marketo months later. It seems like Marketo triggers are instantly executed.

I deleted 5,000 inactive leads from Marketo. Then months later, a mass update in Salesforce caused these leads to be resynced back to Marketo. Since there was no historical information on these leads in Marketo, a bunch of triggers were executed, such as updating lead score, adding leads to engagement programs, creating Interesting Moments, etc.

I chatted with Marketo support and they said it was by design.

Even if I create a boolean field like Sync to Marketo in SFDC to prevent leads from auto-syncing when they're edited in SFDC, the same scenario above will happen because Marketo doesn't have any historical information on that lead. The triggers will be executed and the leads will run through the flows, even if I set the smart campaign qualification rules to allow leads to only run through once.

Have you done any testing on this?

This is perfectly normal. These new leads are considered by Marketo as completely new leads. When you erased them in Marketo the first time, you also erased all history (lead web interactions, email interactions, but also any historical info about which campaign or which program that person had gone through).

Hi Greg - Isn't the point of this to remove these leads from Marketo altogether? If there's a chance that they are just going to come back then why bother deleting in the first place?

Is there a way around this that you're aware of? We're about to do a massive clean-up in Marketo using the custom sync filter so if we delete these leads in Marketo they still remain in Salesforce. I only want them to come back if they interact with a form, or are uploaded via a list from an event (for example). The last thing I want is to have to do another massive clean-up of the same leads in a month's time because of a Salesforce update.

ps. very helpful information above! Really appreciate you sharing this!

If you uncheck the "sync" field and delete them from Marketo, they will not come back from SFDC as long as the "sync" field remains unchecked. But if the person comes back through a web form, Marketo will see it as a complete new lead and will push it as such to SFDC. The result will be a duplicate in SFDC. There is no way around this excepted using Ring Lead that can spot these situations and automatically merge them in SFDC.

Thanks for this - so helpful! I am following all these steps and seem to be doing everything I need to do but am confused about the process for new web leads and ensuring those will sync to SFDC and have the box marked true.

Once I turn on the custom sync filter so marketo only syncs leads / contacts that have the "sync with marketo = true" what happens to new web leads?

Will they automatically sync to SFDC then no longer sync back bc the box is false? Or do they just sit in marketo and not sync to SFDC?

Do I have to write some sort of flow step to ensure new web leads have the sync with marketo checkbox marked as true so they sync between systems?  I guess i'm wondering where the flow step or rule needs to be written to ensure new leads come over from our web forms and sync to SFDC and the bi-directional sync happens for those leads.

New leads in Marketo by default, will not be properly flaged. The best and safest way is to set up a wokflow in SFDC that fags the sync field in SFDC for any new lead coming from Marketo.

If you flag the field in Marketo with a flow step, you have the risk that the lead is pushed to SFDC before the sync field has been checked.

If you have partitions, I'd create an archive or quarantine partition and move them to this partition and let them sit prior to removing them. If you don't associate the partition to working workspaces, you can keep them out of your campaigns, but maintain their data until you are sure they are going to be permanently removed. If during the quarantine period, they seem legit, or resurect themselves then data can be updated and you can do a partition move back to original location.

Thanks so much for these (and all your) wonderful articles.

I'm wondering if you did any testing on what happens when you convert and merge a Lead to an existing Contact. Here's the specific scenario that I'm thinking through:

If you convert the Lead and merge it with the existing Contact, the result will be "Sync to Marketo" = FALSE. This is a known SFDC behavior of how checkboxes work on conversion when merging to an existing Contact. See this SFDC article: Help | Training | Salesforce

So what happens in Marketo? Does the old Lead become orphaned and remain a record in Marketo with the SFDC ID pointing to the old LEAD record id and the incorrect value and "Sync to Marketo" = TRUE?

Any insight you have in this case would be great.

Yes, you are correct, the Marketo lead will become an orphan. I gather the lead in Marketo with be notified of the conversion and of the ID of the contact (since these are known information at the lead level in SFDC), but any attempt to sync to the contact will fail. I also gather that if you then flag the contact for synchronization, everything will come back in order.

Thank you for sharing your test results and your recommendations for deleting from Marketo.

In our case, we want to avoid certain leads to be synced with Marketo from SFDC, an entire business unit, in fact, since they are not using marketing automation.

I'm not a SFDC user and I was wondering if there is some sort of tutorial or some steps that we can follow from the SFDC side to avoid certain leads to be pushed to Marketo from SFDC.

Perhaps disable visibility in the sync user for those leads we want to avoid?

I'm not sure how to execute something like this in SFDC. I'm not sure we have the necessary knowledge.

Any ideas, tutorials or tips for this?

Thanks a lot in advance.