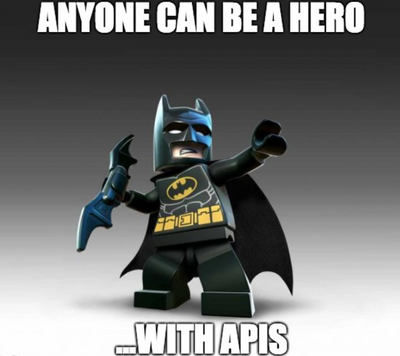 First things first, what is an API?

API stands for Application Programming Interface, which is a set of definitions for building and integrating applications. API uses the standardized method of transferring data that lets you connect and facilitate data transfers between two platforms even though they are built on completely different platforms / tech-stack / architecture. APIs essentially serve as a layer of abstraction for the programmatic access of the data present on the back-end.

Marketo exposes its REST (Representational State Transfer), SOAP (Simple Object Access Protocol) APIs (Application Programming Interfaces) to allow the remote execution of many of its capabilities. Marketo also has a rich library of JavaScript APIs to perform actions / get data on the client side (more about Marketo's client side JavaScript APIs in another blog, we'll focus on REST/SOAP APIs in this one). Apart from being able to help integrate third party systems with the Marketo, APIs can also be a blessing for pulling off a large change management exercise / use-case that requires you to repeat the same task over and over again across a wide range of Marketo assets which could be easily finger cramping from all the redundant clicks, mundane, time-consuming, and error prone when done via Marketo UI. I will try to summarize about Marketo APIs and some of the best practices related to it while using them to ensure that you get the best out of Marketo APIs.

Marketo’s REST endpoints conform to the constraints of the REST architectural style and allow for interaction with the RESTful web services. Wherever possible, it is advised to use the REST APIs instead of SOAP APIs as they are more secure, more efficient and support more data formats than the latter. Marketo is actively enhancing the existing and adding more REST API endpoints. Following are the major categories of the REST APIs exposed by Marketo -

The Marketo SOAP API allows for the creation, retrieval and removal of entities and data stored within Marketo using the SOAP methods. Marketo has already phased out the SOAP API, though existing SOAP API endpoints are still working. All the future development/enhancement would be centered on the REST APIs, and hence it is advised to use the REST APIs over the SOAP APIs. The key SOAP API categories are listed below.

Marketo has reinforced below mentioned limits to its API usage -

Besides this, refer this page for all the REST API error codes and description.

All the API limits are enforced for all the API accesses to Marketo by the launchpoint API services. Hence, the number of API users and third-party integration services should always be monitored, and only necessary API integrations should be implemented. Once the allotted limitations are reached, any additional API calls to Marketo will be throttled until the limits get reset at mid-night CT.

Below are some of the recommended best practices to keep in mind while working with the Marketo APIs:

While this is not an exhaustive list of the Marketo API best practices, but it sure does cover items to help you make the better use of Marketo APIs. Also, if you're just getting started with the APIs, I would recommend going through this Marketo documentation page that'll walk you through creating an API user, a custom launchpoint service, get the access token, and make your first API call.

Thank you so much for reading!