Re: Setting Attribution Values Inside a WordPress Plugin 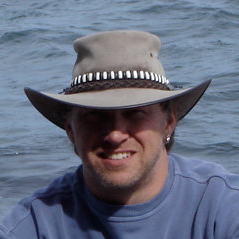 This is outside of the scope of Marketo but I thought there may be some developers here who have run into this tricky attribution scenario.

We have a form fill that takes place within our WordPress plugin - the plugin is used on clients' WordPress sites. This form populates a new record in Marketo via the API.

I'd like somehow get attribution values into a hidden field within the form running within the plugin on the client's website.

Any thoughts or ideas for other forums where I might get some tips?

Re: Setting Attribution Values Inside a WordPress Plugin

using the API the key is to be able to pass key information through to Marketo which you can then use a routing campaign (or series of them) to pass the lead to the appropriate program - it can then set the attribution values.

I personally like to do it with a structured "form id" which i automatically create as a strong combining the form name and the page name which I can then parse in Marketo.

take into consideration that you want to use a very distinct naming system, and a very clear delimiter which youll be able to parse using marketos relatively simple ability to parse strings (contains is pretty much what you get)

it it also allows you to do the attribution in a more elegant manner since you only can aggregate and it doesn't need to be too complicated.

your othe alternative is to have a field "attribution id" or something to that effect, and then in the Marketo program have a trigger that when an API event happens and the attribution id matches relevant value for that program.