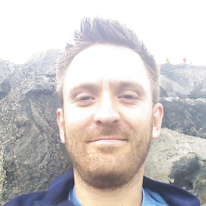 Before Saints games, we send a preview email to the full DB. OR fluctuates depending on team performance (and clever copywriting), but has been fairly consistent over the last few seasons.

I submitted a support ticket since the OR was an absurdity. Other templates were humming along as usual. The game preview code didn't change much from last year, but I speculated that something in my clunky html/css may have screwed with the 1x1 tracking pixel, which I assume is appended by Marketo. We do use a bgr image -- a pattern -- and the emails are fairly image-heavy (example below), but nothing insane. I'm scratching my head. The OR, when combined with the CTO and CLTR, isn't possible.

I got a whole host of suggestions for improving deliverability (we're still on a shared send IP), including getting the NFL's domain authenticated with DKIM or SPF. "From the recipient side of things, if your team has been sending emails from Marketo at high volume for a period of time from a domain that does not have an authenticated DKIM or SPF record, it appears as though Marketo is not authorized to send emails on your behalf. This also increases the chance of your emails landing in the spam folder over time since the email was addressed from your domain, but sent from an IP address with a Marketo domain. Your team may have experienced strong Open rates in the past, but since receiving email clients can't validate that Marketo can send on your behalf, the receiving server will begin to place your emails in the spam folder as opposed to the inbox or promotion folder."

And here's the reason:

Your template is wrapping the tracker in comments (not deliberately, but because there's an unclosed tag somewhere.)

While you should always have a dedicated IP for high volume and setup all those technical details (which are well documented here and on docs.marketo.com), you are likely being hit by two things:

Thanks, Josh. We've sent subsequent emails with no issue in OR. This seems like an outlier -- especially given the CLTR is entirely within an expected range (there's no saying that expected range hasn't always include bot clicks, of course). We haven't seen the erratic click activity you reference in the piece. This is literally, out of the blue, a 4% OR, impacting only one type of email (of dozens). Just sent an email yesterday afternoon with the more expected OR.

I'm taking a deeper dive and will try that stealth link approach in our next send, but I haven't been able to find any ancillary evidence for what just occurred.

In that case, you may have hit a spam trap/blacklist that day. You can monitor those at mxtoolbox.com or similar.

It's was consecutive Fridays (2 sends total) -- again with just one email template. And would a blacklist cover 75% of clients, which coincidentally were also the poorest engagers, ie OR was gutted, but CLTR and click metrics were in line with expectations for each send. My gut tells me it has something to do with the 1x1 tracking pixel and not spam.

We've had issues w/ Marketo's send IPs ("warming up IPs" for a month, eg) and aol/cox/bellsouth email addresses, but nothing like this.

I agree, but without seeing the full HTML source of a received email couldn't tell you how that mangling happened... and you might even have fixed the HTML accidentally since then!

Sanford, I thought you were a Saints email subscriber. Code hasn't changed from last season, but I'm going to go through it and see how things go Friday.

I am, but I've deleted all the recent messages!

Same deal with today's game preview. 60% CTO, standard clicks and a bizarrely low OR. A full list send (different template) that went out Wednesday had no issues.

And here's the reason:

Your template is wrapping the tracker in comments (not deliberately, but because there's an unclosed tag somewhere.)