For some reason, emails have been delivering to addresses that have been typed in incorrectly, such as: “something@gmail.com.com”. 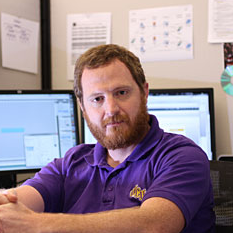 Not in the example that you gave (something.gmail.com.com), but in other scenarios there is a catch-all mailbox. For example, if you send an email to iKnowThisEmailAddressDoesntExist@company.com, there are settings on the server to still deliver anything not assigned to a single mailbox.

I'm sorry I don't have advice for your example. Hope this helps some.
0 Likes
686
Reply

@Laura K if you export a list of suspect addresses it'll be simple for a techsavvy person to see if the domains have MX records.  That would quickly have detected the @gmail.com.com error.  You could also build a webhook to do the same thing on the fly -- I'm sure there are some paid webhook services but I wouldn't bother with those myself.
0 Likes
686
Reply

If you just want to fix malformed addresses, check your Invalid and Hard Bounced list and then fix those errors. You do not need a validation service to do this.

I do think StrikeIron is helpful if you have a high lead volume and have already automated other cleaning processes.
0 Likes
686
Reply

One more thing though -- <something@gmail.com.com> is not technically an invalid email.  It may be a nonexistent mailbox but there's nothing malformed about it: gmail.com.com is a valid domain and it has an MX record, so it could receive mail.  In fact as @David M suggests it's a prime candidate for just swallowing all mail sent to it, rather than bouncing, leaving mysteries in its wake. So while a human can intuit that "example.com.com" was probably meant to be "example.com" (or was it meant to be "example.com.au"... hmm) a machine can't figure this out autonomously. However, as @Josh points out, if the machine tries to send to something@example.com.com and it Hard Bounces, that gives the feedback needed to at least look into it.
0 Likes
686
Reply

Thanks for your help everyone! I will review these possible solutions with my team.