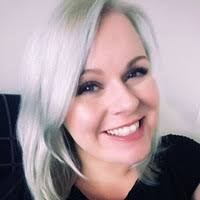 We will be looking to implement a form that once completed by a client, it generates an email to our customer service center with the details from the form included within it.

Can anyone point me to any product docs or assistance with this?  I can't seem to find anything which tells me how we would set up the automatic email send to an internal team (a generic mailbox address).

Look up the docs for Send Alert -- this is what alerts are for.

Set up a Smart Campaign triggering on Filled Out Form, and include {{lead.tokens}} in the alert email.

Hi Sanford, sorry to circle back on this! I did some more reading following your response.

Do you know what token we would use within our alert email that would identify which specific email campaign the client completed the form for?  Is it the trigger.name token?

If we are using a global form asset across multiple campaigns, I just can't seem to get my head around how that token connects back to the specific campaign the client completed the form for.

Thank you and sorry if this is a really dumb question!

The {{trigger.name}} for the Filled Out Form trigger will be the form name. Thus if you're sharing a form (a good idea) that wouldn't be sufficient to identify the source email campaign.

The {{trigger.web page}} would include the page the form was on.

But the bigger question is how you're identifying the source campaign at all. If it's via UTM query parameters (for sharing with Google Analytics), or in fact any query parameters, then you can map those params to hidden fields on the form using the Hidden field Autofill feature.

Alternately -- but with more overall complexity -- you can create an individual Smart Campaign for every form context, constraining the Filled Out Form activity by the web page the form was on.

Then you could use the {{campaign.name}} token. This approach is actually better from a race condition standpoint (it doesn't rely on the lead field not being overwritten) but means more triggers to manage in Marketo.