What are the main benefits to having your Marketo forms hosted on Marketo landing pages vs. your website? Right now I have full control over how programs are set up in Marketo. I can created custom paths, make sure that leads are syncing to SFDC properly, change lead status for different landing pages, etc... Our web team is suggesting we put the forms into the website for SEO. I'm very reluctant.

First, what would I lose by doing this?

Second, how does the process work?

I'm looking for a solid argument, as I've been fighting this battle for a long time now. I know that data is very important for us. Same with lead flow. Can anyone help me make a good case?

There are a lot of old Community threads on this (some contain misinformation, to my personal frustration, but the general gist is there).

The primary difference between embedded forms -- including, just FYI, forms that use the embed code on Marketo LPs instead of a named Form (Free-Form) or mktoForm (Guided) element -- and named Forms on Marketo LPs is that embedded forms do not support PreFill (don't listen to anyone who suggests using the REST API for this -- that is not for professional environments).

Note PreFill, meaning fields auto-populating with values from an associated Marketo lead record, is not the same as Progressive Profiling (ProgPro).  ProgPro does work on embedded forms.

Secondarily, you lose the automatic (Flow-step-free) assignment of an Acquisition Program, but if you're using global forms you probably are already doing this in a Flow.

IMO any other drawbacks are minor (or don't even exist and are just rumors!).

So If you are reliant on PreFill as a core feature, and do not have a budget to make PreFill work professionally on your main site, that's a deal-killer for embeds.  Similarly, if you rely on Marketo LPs (usually quicker to spin up than corporate CMS-hosted LPs) then there's no question that you need to stay within Marketo.

Otherwise I have to say the switch isn't a big deal. If it saves you from having to build LPs that can instead be gen'd by a CMS, that could be a win (?) though then there's the whole job security thing.

You just copy and paste the embed code. It's simple on the client side, that's definitely not the pain point.

I'm probably not the one to make an overriding case for named Forms in all cases, since I use embedded or named Forms depending on the client.

I will say I don't buy the SEO aspect. Having the LPs on a subdomain should be able to feed the main domain. It's all about managing your rel-canonicals and all that jazz.

This is great, thanks! But I have a lot of clients coming to me with the same conception that for some reason MKTO LPs are harmful for their SEO. Could you please provide me with some insight into why customers tend to think this and how MKTO can tackle it? 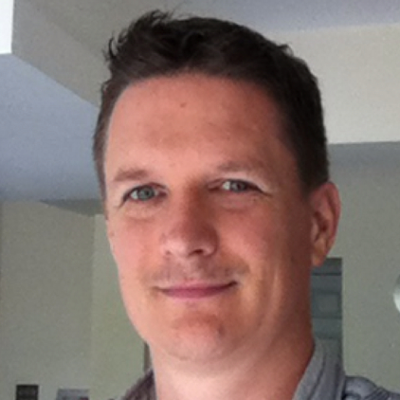 I too am currently researching this issue right now and have come across 2 main authoritative articles:

Basically the articles state that if the form is navigable within the site (ie main contact form) use the embed code to ensure design integrity.

- BUT, Marketo landing pages are on sub-domains (MOZ article) that doesn't help feed the domain authority of the main site and the SEO for this landing page will suffer as it gets treated like a new site, so the SERPs will be worse than if on the main site.

Therefore if SEO / SERPs are crucial to this LP, they caution against using a Marketo LP.

Either way, the answer is still dirty and not clear.

You, me (and no doubt lots of other Marketo users) want the features of Marketo to help manage your form AND the SEO benefits for your domain. For me, these landing pages are important as they are the gate to some high-value thought leadership content (White Paper / On-demand Webinar etc) that i WANT to rank well in the search engines, to help with our lead generation - but i also want a good user experience and not to keep asking the same basic data capture questions each time.

Its nearly 2018, i find it amazing i still need to decide and cant have both.

I am interested to hear how others solve the puzzle.

This is incorrect and any professional in this area should know this. (Of course, most such "authorities" are unwilling to admit when something has no effect -- good or bad -- on SEO because strong opinions sell their services.)

Get someone to help you integrate your subdomains correctly from a search standpoint and you'll be fine.

Or if you insist on sharing one main domain, use a CDN so that both your main site and your Marketo-hosted LPs are under http://www.example.com/.