If you have a large database, use Firefox to access Marketo, and often get "band-aid errors" when trying to accomplish basic tasks (such as edit an email or look at a program), it may be an issue with the Firefox browser. 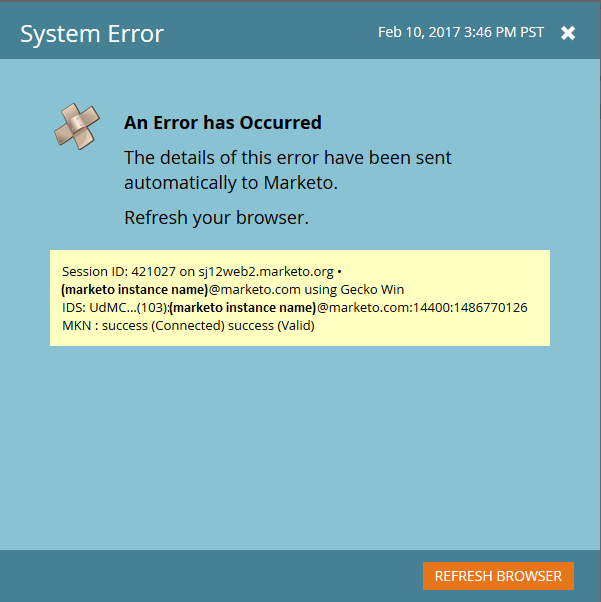 To switch to the 64-bit version of Firefox, follow the steps at How to switch from 32-bit to 64-bit Firefox.