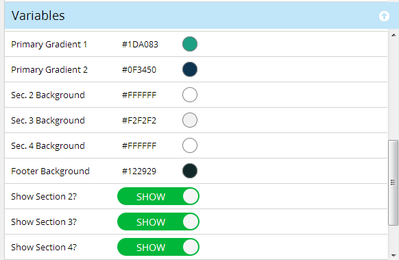 So this is great, and it makes sense because you can see this was all set up and defined by a professional. What if you wanted to

add your own? Is that even possible?