Hey all - question about the Marketo-SFDC program sync.

I noticed they had a validation error earlier - I changed the offending field (without a Sync to SFDC flowstep), expecting global sync would push these guys to SFDC eventually.

It was 3 weeks later, that we noticed they weren't in SFDC. My understanding was the the sync was bidirectional for program/campaign members:

I thought to myself - maybe there was another validation rule issue. So I chose my program members and synced them to SFDC. Went off without a hitch - no errors or validation rules blocking me.

I'll be adding a support ticket as well - but wanted to see if anyone here had expertise on this.

So a single validation error invalidates a record from global sync inclusion. I closed the case but it got me thinking - once it's successful (via a manual sync), will it continue to sync in global again? Or is it permanently disconnected from global sync?

I imagine the former. 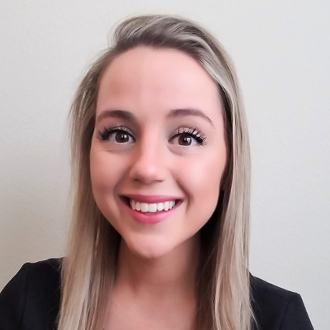 Hi Aaron Dear​! Yes, the sync is bidirectional. Did the leads exist in SFDC before being associated to the program/event? I have come across the scenario that if sync fails on the first attempt (the attempt to create a lead in SFDC), it won't try again, and you have to put them through a flow step of sync to salesforce, when all validation errors are solved. I believe you should set up a batch campaign to run daily/weekly to sync to SFDC all the leads that have been created that don't have a SFDC ID (don't exist in SFDC). Let us know what you find out from support.

So a single validation error invalidates a record from global sync inclusion. I closed the case but it got me thinking - once it's successful (via a manual sync), will it continue to sync in global again? Or is it permanently disconnected from global sync?

I imagine the former.

Thanks, Aaron Dear​. Good (but kinda disappointing) to know your hypothesis was right. Once it does successfully sync from a manual sync, it will continue syncing on the global sync.

Hi - sorry to reply to a years old thread.  I actually had a similar issue here. While I was finally able to get the affected individuals synced to SF manually, their program memberships and statuses aren't syncing to their corresponding SF camapigns.

i.e. individuals are in a program with a status, the program is synced to a SF campaign, but the person is not showing up as a member of the SF campaign. This impacts us greatly as campaign membership impacts revenue attribution.

I had assumed that once the lead became synced, their program memberships would as well. Is there something I'm missing here?