I have been working with my team to identify all the needs related to GDPR, and a great question has come up. I did some research and am not having success finding an answer. If anyone has any information in relation to the scenario below, please let me know!

Scenario: A person completes a form for a webinar, content, etc. and provided consent, and then returns to complete another form for additional content. This person checks the box the first time, opting them in. He or she doesn't check the box the second time because they assume they are already opted in.

Any information you have would be helpful!!!

Anyway, you should check with your legal team, but we're working with clients who are pre-filling the checkbox, and some who are hiding the checkbox if it would've been pre-filled as true. I am wary of the second approach but it's supposedly been cleared (as long as there's also a Preference Center).

If you don't pre-fill the checkbox and it's empty on submission, you would have to unsubscribe them, otherwise it wouldn't make sense.  Also note that to determine the difference between  "remains unchecked" and "was checked by the lead, then was unchecked on second thought" requires JavaScript. 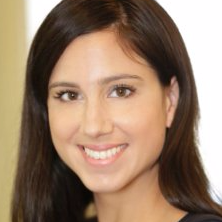 Thanks for sharing your insight. You are incredibly helpful in every thread.

Just to clarify, you're recommending we check with our Legal team before taking the "pre-fill" approach to customers who have already subscribed?

Right. As harmless as it may seem to display someone's personally authorized preferences, you should get clearance for this. Unfortunately, you may have difficulty demonstrating (even if it's crystal clear to you) that this isn't the same as pre-checking a checkbox for people you don't already know, so the answer you get may be for a different question.