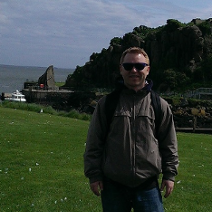 I would like to create a program off of a field on the person record.

We capture a field when a person submits a form called "Web Form Campaign Name" (it's a UTM value) I would like to then grab that field and create a Program and sync that person to a campaign in SFDC.

The SFDC campaign would be created with the same name as the "Web Form Campaign Name" assuming it doesn't exist already.

If it does exist, and a person comes in with that value, then it would just sync it to that existing Campaign.

For example: new person comes in with the value for Web Form Campaign Name = "GoogleAd" we then want that person synced to a campaign in SFDC called "GoogleAd". If the campaign does not already exist, then it would need to create it. But if does exist, it would just sync it as a member.

Does anyone know if this is even possible?

Re: Creating a Program off a person field

This can't be done as described.

While I wouldn't recommend it (I adhere to the principle that untrusted user activity should never result in using API calls), on a technical level you could create the program itself via a webhook that loops back to hit the Marketo API. But you can't do the link to the SFDC Campaign part programmatically.