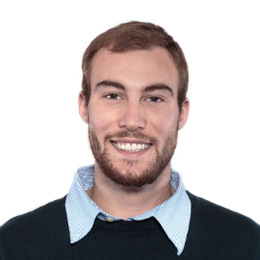 We are trying to set up a webhook to Azure that, when called, passes a list of first names, last names, and email IDs to Marketo and sends an email only to the people who are returned the webhook.

When we tested, we set up the smart list to pull 2 people by email ID. 1 person was on the list that the webhook returned, and the other was not. The flow step was set to call the webhook. We have a triggered campaign that is listening to "webhook is called" and the flow step is to send an email. We want to send the email only to the people who are returned on the webhook, but both people were sent the email. Logistically, I understand why the test failed. Does anyone know how to send an email only to the people who are returned on a webhook list?

Please let me know if I need to clarify anything.

"the list that the webhook returned" and "people who are returned on the webhook" are far from self-explanatory, Nick.

Webhooks return XML or (probably in your case) JSON. JSON can contain an array of strings which might be called a "list", but this has no inherent meaning to Marketo (nor can it be mapped back to a single field -- unless it's serialized to a something-delimited string, at which point it loses any list-like characteristics unless processed further). So from the standpoint of a typical webhook it isn't clear what you could mean.

The Webhook is Called trigger can be used to parse raw webhook responses as mere strings (not necessarily XML or JSON) though this is rarely used. Or Webhook is Called can use HTTP response codes (200, 404, etc.) rather than parsing the response at all, which can make for a quick Boolean-like result without having to write data to a temporary field.

You'll have to explain what technical approach you're really using in fuller detail, including request and response codes and payloads.

It seems like you have the right idea but I'm confused on how you are figuring out who is on the list or not.

A webhook is generally used to send a particular lead's attributes to an external webservice that then does something and potentially gives a response that maps back to a field on that same Marketo lead.

For example, your webhook could call your webservice which then does a query in Azure to see if the person is on your list and returns true/false which is then mapped to a lead field in Marketo when the webhook completes. At this point, you can use the value for filtering / campaign logic. It's most effective when used as a trigger because bulks updates via a webhook are rather slowww.

If your goal is to push a list of leads daily or in batch, I would suggest looking at another set of endpoints:

If you can provide more details around data requirements and if it's to be triggered vs. batch there might be other suggestions.