In Marketo, once someone reaches success in a program, that success value sticks and doesn't change. Recently, I noticed that upon syncing a program to a salesforce campaign, the responded value in salesforce changed from true to false.

The issue was that our status progression was registered (success = true) >no show (success = false), which wouldn't matter in Marketo because the success value stuck. But we want to count anyone who at least registers as a success and responded = true in Salesforce.

I've since marked no show as a success value in marketo as well but that change has not synced to Salesforce. 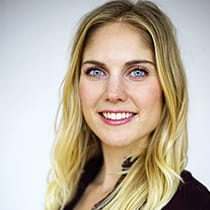 Hi Kim! It sounds to me like the individual SFDC Campaign statuses need to be updated to have the Responded checkbox set for the No Show statuses (both for future programs & retroactively). For all of our channels, statuses and successes, we determine essentially the 'base' success, so we know that all subsequent statuses are also deemed successes.