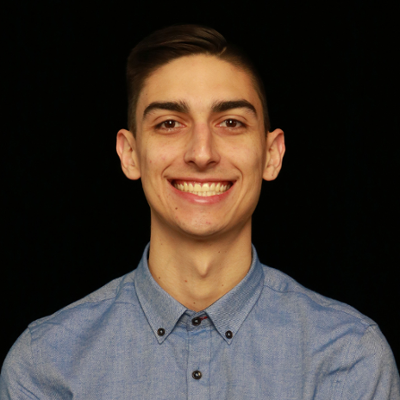 I work for a very large team with dozens of individuals (+ international field marketers) who send emails, all to the same database. Does anyone have any good suggestions on how to best manage so many different email campaigns going out at one time? The main problem I'm facing is that the product marketing team wants to send an email, then we have webinar and live event invites going out, then the monthly newsletter, and oh yeah we have nurtures running at the same time. How do I make sure that we're not over indexing on a particular portion of our database and how can I increase the visibility of all of these campaigns across the team? I want to make sure that we don't abuse our database, but I have no insight into if that's happening today.

I'm the sold email marketing manager so it's my job to figure out how to best manage the email channel but I'm really struggling to solve this.

Hi Matt Rodriguez​, the first thing I would do is identify different areas of your database that you can target. Whether that's through what they've opted into / have implied opt in, persona or via segments, you need to break up your database. At my previous job we broke down by product interest and by persona, ex: G2A-ITManager (product-role). At my current job we break down by type of email that we have permission to email about, ex: Tradeshows, Webinars, Newsletter, etc. I wouldn't try this in a bigger org, because you'll have a lot of overlap since people can be in more than one group. I'd stick with persona since there's rarely overlap in those. Maybe you want to indicate geographically too.

Then create a calendar, I've used Gmail calendars in the past with success in orgs that have business Gmail, or you can even have a spreadsheet that's shared. People have to put their emails onto the calendar in advance of the send date and indicate what group they're going to email. If that persona is taken already, too bad - it's first come, first serve. A few times of getting blocked from sending will teach even the biggest procrastinators to reserve their email date in advance. Then you restrict groups from using all personas, maybe they can reach out to a max of 2-3 so the email is more targeted. You can make an exception for things like newsletter if it's consistently on the same day every month so it's pre-planned.

If your first thought is "but they want to send to the whole database every time", then that's an expectation you need to change. They can't send to everyone, every time. They need to target and make their content specific to a particular role/persona/area/whatever. Use evidence (there are a million blog posts and article about this you can reference) that shows that targeted emails do better. Having persona (or whatever) indicated into the email name on the calendar will let you see if people are sending too much to Persona A and almost never to Persona C. It can also help them plan out content better, or identify that maybe Persona C isn't really who we want to talk to.

This isn't an easy thing to implement, especially when people are used to last minute crazy sends, but in the long run a calendar will save your sanity.

Thanks so much Christina! I've been playing around with a Quip doc that houses both a calendar as well as excel-type rows underneath for more granular information about the proposed email campaign. I love your ideas about setting maximum persona targets and a first come first serve type of structure. I think I'll use our funnel segments and country regions as the two main targeting methods to start and hopefully narrow them down further as the process get utilized.