I'm having some trouble getting correct results from the Email Performance report (and campaign performance report as well) for a select group of emails I run regularly, and I'm not sure if I've set something up incorrectly, or if the functionality I'm hoping for isn't there.

I have 7 smart campaigns that run every quarter. Each campaign is set up to look for one field in Salesforce to be selected (different field for each campaign) and sends one email (different email for each campaign) to those who have that field selected. To make things easier for my team, instead of creating a new smart campaign and email every quarter, I have set up the emails to be fully "tokenized", so they only have to update the tokens in the program (default program that contains all 7 smart campaigns and all 7 emails), then click run once on each of the smart campaigns. I know I will lose some historical data by setting it up this way, but the ease for my team is worth it.

We've used this system for well over a year, but now I am trying to run a report of how many people received the last round of emails at the end of the quarter. When I create an Email Performance report, and select my "sent date" as last 2 months, the report only shows me way too low of a number. I think it is only pulling people new to the campaign in the last 2 months. So, then I adjusted the time frame to "all time", and added a filter in the smart list to pull only the emails associated with the 7 campaigns, and added the Date of Activity constraint to the last 60 days. With this setup, the report shows a more accurate number, but I noticed that one of the emails that did not get sent this quarter is showing it being sent to almost 100 people. When I look at the Results tab for that specific campaign, it shows that it hasn't sent since April. I think it is pulling anyone who was sent any of the 7 emails in the last two months, but showing me stats for those leads receiving any of those 7 emails for all time (that is a really confusing sentence!).

I just want to see a report of how many people were sent each of the emails in the last 2 months without having to do a smart list for each and manually combining them into a report on my own. 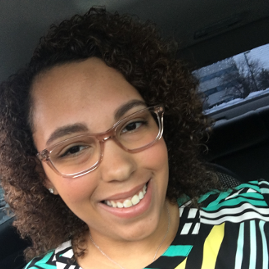 Could you possibly add some screenshots of how you have this setup?

This is the Setup tab of the Email Performance report, showing that I had selected the sent date of "Last 2 Months":

This one shows the Smart List tab of the Email Performance, showing that I pulled in all 7 emails, and set the date of activity in the past 60 days. There are no other filters.

This is showing the Report tab of the Email Performance report. If you look at the 4th email, it shows that it was sent to 4 people.

This is a screenshot of the Results tab of the smart campaign that sent the email, pointed out above. It clearly shows more than 4 sends on July 31.