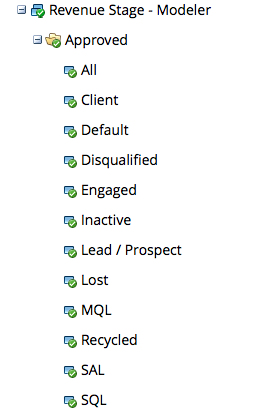 5 Ways to Evaluate if your Lifecycle Model Actually Works

After building a revenue model in Marketo and letting it run for a few months, you will want to make sure it is working properly so that you can get the reporting that you want. Here are five fairly straightforward, if sometimes time-consuming, things you can do to validate your lifecycle.