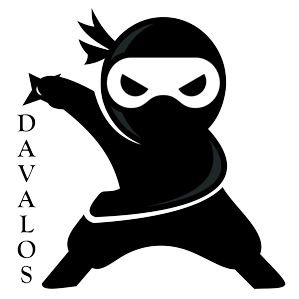 I've found a few of these so I thought maybe it would be good to have a discussion on holes in documentation. New users have a huge learning curve to tackle and it's easy for us to figure something out the hard way and just keep going. I haven't been writing any of this down, but as I've only been using Marketo for a few months lots of little things keep jumping out at me. For instance I cannot find anything in the documentation that actually says a "success" status for an engagement program means people won't receive any more emails from that program. I'd assume this is the case, but I like to be sure. If anyone can confirm this or knows of any other things like this please share. Tips are also appreciated.

Generally there's a flow step after success that does something else. I have a number of engagement programs that all react with each other. When a person gets flagged as success in my "low intent" campaign, I pause that and move them to another engagement for "high intent"

The system is designed for a variety of different uses. The trick is you need to tell it what success means to you.

I don't believe that is the case - but there are some more details around it that could make it a bit more confusing. For instance, if you're using embedded programs in your engagement, and a person is already associated to that program (success or not) then they will not receive that email.

Wow, ok, so I have an engagement program that is pushing people to an affiliate site. That means I can't track conversions, but they do send me a list each week of form fill outs. I was planning to have a smart campaign check the list against the EP and set the member status to success if they are in the list. This way I know if someone completed the EP for any reporting I want to do later on. The catch is that they shouldn't get any more emails since they've converted. Any ideas on how I should do this is "success" doesn't stop the emails?

Also, what then is the point of statuses and the success checkbox? Anyone know?

Generally there's a flow step after success that does something else. I have a number of engagement programs that all react with each other. When a person gets flagged as success in my "low intent" campaign, I pause that and move them to another engagement for "high intent"

The system is designed for a variety of different uses. The trick is you need to tell it what success means to you.

I have a similar campaign setup where we are tracking downloads from a 3rd party affiliate site. We are promoting an app download via email. We have a number of progressions statuses to track engagement:

I track success by creating a suppression list of all students who have downloaded the app. This list is provided to me by the affiliate on a weekly basis and each week I import new downloaded users into the suppression list. A smart campaign Remove from Flow listens for anyone who is added to the list and removes them from the Sending campaign. This keeps those that are marked as "Success" from continuing to receive emails.

The 04 - Influenced (Success) campaign listens for members being added to the suppression list, while also meeting filter criteria "Opened Email" and Member of Program with a status of "Engagement" or "Multiple Engagements", showing that the email campaign influenced the decision to download.

Thanks for sharing this. How do you remove them from the EP flow? That doesn't seem to be an option... Or are you using a smart campaign to send the emails?

I am using a default program with a smart campaign to send the emails. You should be able to run a smart campaign "Remove from Stream" that changes the EP cadence to paused if they are added to the suppression list you create.

Ok, yes. That's what I did. Here's the setup

EP Stream 1-3 Depend on engagedment, stream 4 is for converted leads.

Smart campaigns (running 2 depending on nurture program since there are two involved in this) look to see if they were added to the suppression list and in EP, if so moves them to stream 4, pauses, and changes status to success. Now I can report on that.

Thank you! This helped a lot. When I build EPs in the future I might try using Smart Campaigns to send the emails. Do you have a structure you like to use?