Number of times form filled out

Number of times form filled out

This means that it is impossible to get the number of form fillouts for forms that are not on a Marketo landing page (for example, embedded forms, or forms that have data posted to them via the Forms 2.0 API).

This is such a fundamental Marketing metric, there really needs to be a way to see the number of times that data is submitted to a Marketo form, regardless of how it is sent (via a landing page, via an embed, or an API call). 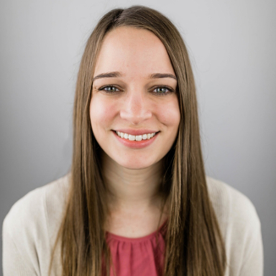 Valerie_Armstro
Level 10 - Champion Alumni
Agreeded, Natalie!  I would like to see to something similar to the Statistics you see when you click on a landing page in Marketing Activites for forms as well.

It would also be great to have a report that you could view the daily totals of the number of leads who filled out the form.

I actually figured out a way to do this, but it involves some grunt work in Excel. Here's how it works.

You set up a smart list to show the number of leads who filled out the form with a constraint of "Min. number of times" = 1.

When you run the smart list it will return a number, let's say 5648.

This will give you the total count of leads who filled out the form ONLY ONCE. 3324.

So you end up with a table that looks like this, once you know the exact number of form fills, you multiply that by the number to get total fills.

EDIT - I wrote this up as a blog post with better screenshots showing how to set up the table in Excel:
Fun With Data: Count the Number of Form Fills

Now if only Marketo had this as a built-in report...

I think it's that whole "math" thing. Marketo is a very good tool and it's very good at what it does, it's just not a Spreadsheet.

We moved recently from HubSpot to Marketo, and although Marketo is very strong at several areas, I was very surprised that things I took for granted in HubSpot which are indeed basic metrics that we need to evaluate leads on are not available in Marketo and very hard to replicate (without Javascript or coding). Things like counting the number of pages viewed, emails opened, clicked, forms submitted...etc.

Here are 2 screenshots from HubSpot where we can see default properties that HubSpot generates where you can even filter by how many times or add a time frame for almost all of these properties. This idea post is posted more than 6 years ago and till today Marketo didn't catch up, I hope this changes soon!