We have been receiving today an information from Cheryl Chavez​ about the removal of the is Anonymous filter, as part of the release of Munchkin v2. See here for more details : Next Generation Munchkin Tracking FAQ - Marketo Docs - Product Docs

Although this new version of the munchkin and the way the V2 will work is promising, there is one thing we will be missing, though: the ability to look at the anonymous leads, display inferred and origin informations and create an understanding of where they come from and how they arrived here.

Also, some database providers use anonymous leads to read their IP addresses and provide in return some leads from the same IP address for retargeting. They will be in hard difficulty.

Folks, I've gotten some Support KB articles published to go over the full scope of details about these upgrades coming out. Here are the links to all of them:

Anonymous Lead Upgrades – Under The Hood

Hopefully these will help give more details!

I'm with you there. The removal of the "Is Anonymous" smart list filter is concerning.

We distribute a daily report of Anonymous Web visitors from the day before, and it is widely used by our Sales and Marketing teams. It's especially great for Sales people that are looking for new accounts as we can see who the inferred company is. With this being removed, does that mean we lose the value of this report?

Any recommendations on how we can get information about Anonymous Leads in a easy-to-use way after this change?

I understand the logic of not executing smart campaigns on anonymous, since the volumes can be overwhelming, especially if the volume is multiplied by 50...

But I have the feeling that this high volume would only regard a few customers (How many companies has more than 2 Millions web page visits a day ?).

We actually do have quite a few customers that have large volume of web page visits like this. I don't have specific numbers to quote unfortunately, but the bigger issue is scalability. As Marketo grows, and as the customer base grows as well, the needs of the servers will need to grow as well. Ideally every customer would be pulling 100 million web visits a day. In the meantime though, increasing the capabilities makes that kind of growth possible. Plus, even if your own instance isn't getting millions of web visits each day, other larger customers on the same servers could be and increasing the capabilities across the board opens up system resources across the board as well. 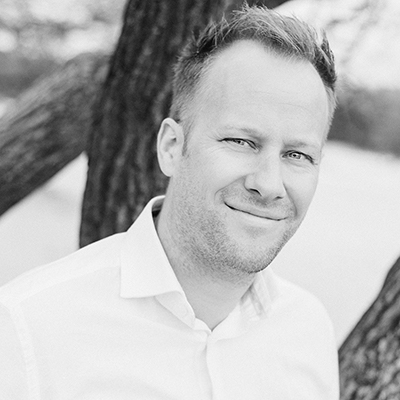 Next to using anynomous reports (replacing LeadLander functionality), I also manually stamp ISP's, based on a custom lists I have built in the past years. This is because Marketo's ISP list is just very very very poor.

My anonymous web visit reports, with custom ISP field filter, are way better than Marketo's report. So removing "Is_Anonymous" will have an impact on reporting, as the suggested default Marketo report is not cutting it.

Diederik Martens​, Marketo has no control over what a particular network presents as their network information. If they identify themselves by their business name or provide their location information, that's entirely up to them. Some do this, others don't bother, which is when the ISP info would carry over since there's nothing else to provide.

Anonymous data gets carried into the known lead record once a lead becomes known, but no, you won't be able to access data like Inferred IP (I'm assuming that's what you're using to match to your custom ISP field filter) until after the lead converts and becomes known. At that point, you'll be able to report on that data.

Greg, I liked your idea you linked to. I don't honestly know on the technical side how much would be involved in passing that data through, but I do know that the RTP Super Admins do have the ability to manually change an ISP setting (used only when a company gets accidentally marked as an ISP) so that leads me to believe there's a different evolving process at work there. If that can be tapped into, it would be very powerful. I'd recommend anyone reading this to go vote up this idea:

Hi Diederik, would love to hear more about your ISP stamps. This "Is Anonymous" business is making me step up my operations game (when I'm supposed to be focusing on getting new leads....)

1) The "Anonymous Visitors from ISP's" setting will still be there. You can choose "Shown" here for the report to show both known and anonymous web activity or "Hidden" to show just known web activity.

2) If you use the Smart Lists in the Report, the "Is anonymous" filter is what will be removed.