I'd appreciate some feedback on what you think the best setup would be for the following initiative.

In a nutshell, it's an outreach to all of the prospects in our database. We have 5 verticals to target, and plan on sending Content A regularly on a set cadence. Content A will be tailored to each of the 5 verticals. Initially, we set up an engagement program to do this, but quickly realized that there were other Content pieces we wanted to included in our prospects journey but at irregular intervals. These additional pieces will be based on website behavior, where the lead originated, and other custom objects.

We have 3 new content pieces, Content B, C, D we'd like to make a part of the prospect journey to goal(a purchase). Each of these would be tailored for each of the 5 verticals. Content B,C, and D will have irregular send times(won't always be triggered on an action).

I was thinking of running Content A to all prospects in an engagement stream, and then use trigger campaigns to send out the additional pieces, pausing prospects them from their stream so that email offers don't overlap and then resuming them after the send.

Another option is using batch campaigns under a default program that are set to run at a bi-weekly occurrence for Content A, and then using the triggered emails for Content B,C, and D.

The big part of this initiative is the ease of collecting data. We'd like to see, for example, how many emails it takes before a goal completion, see how many prospects move between the content, and segment out un-engaged folks for a last ditch email effort. A/B testing is also a big part of our initiative, and using the campion/challenger in the stream has been a pain to recover results.

What has everyone else's experience been with these types of campaigns? Any one work on something similar and like their results?

It's a bit difficult to visualize, but I think I may have done something similar, before. Ultimately, I found that it was better to do it all in one engagement program and simply manage the streams like you would your batch triggers. The assumption here is that your "irregular send times" could be a set time, but a variable day (i.e. any day at x time).

My thought: each email has its own stream. You initially load everyone into Stream A that sends Content A. Then, when something happens that should trigger B/C/D, instead of adding them to a batch schedule, you trigger their stream to change to Stream B/C/D which are set to run daily, meaning they'll get Content B at the next cast. (This will also suppress them from receiving other content in other streams, because you can only be in one stream at a time -- solving the Pause/Overlap issue).

Once Stream B/C/D is exhausted you can either move them back to Stream A or even to Stream Z that represents a Purchase at the appropriate time. 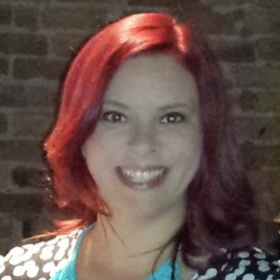 Reading through your post, it seems to me there are a few different asks here so I'll try to tackle each independently. I'll caveat that with one note... there's a lot to unpack in your question so I may not hit every point.

Engagement vs. Drip - Given the choice, I will always chose an engagement program over a default drip program for delivering content. There are so many more things that can break in a drip program and it's more difficult to track where a lead might be mid-drip, to change things up, or to pause them in their journey.

Sending out one-off content - I always use a content program to house my content and then deploy any one-off sends either part of that program - Fills Out Form > Send Email or a nested send program. If you create a score field for 'Number of pieces of content delivered a week', you can +1 each time certain emails go out and use the value of that field to pause people in nurture (Score Changes > Content Sent Count/Score > is greater than or equal to 1 > Change Engagement Program Cadence = Paused). You can then =0 the score at the end of the week and unpause everyone. In this way, you can send out all the content you want without worrying about the oversaturation or inundation of your audience... and it's fully automatable.

A/B or Champion/Challenger testing: This area is a little limited for non-Send programs. You can also use a smart campaign from either a nested nurture program or a nested content program to send an A/B using "Random Sample" - If you'd like to learn more about this functionality on engagement programs I'll be touching on it next week here: https://engage.marketo.com/NextLevelNurtures_Webinar_Registration.html
Using this methodology means that you get full metrics on both emails.

Data collection: It sounds like you're talking about the pre-cursor to attribution. This is a deeper conversation, but you could do this simply with another score field to count engagement/content sends (Is Sent Email + SFDC Type = Prospect + Member of Engagement Program > Change Score - Nurture Emails Received Score + 1) or something along those lines. Alternatively, if you're using content programs you can also sync each to an SFDC Campaign and use a tool like LeanData or Align.ly to synthesize that data into tables that should you the full lead or account journey to MQL/Opportunity/New Business.

Feel free to connect with me: https://www.linkedin.com/in/andy-caron/. Always happy to chat through these types of things with community members!