We are in the process of migrating to Salesforce from Blackbaud Raisers Edge. In our current database, we have lots of duplicates.

Originally, my plan was to
Migrate contacts to sf and then dedupe once all the data is loaded, however, we are on a time crunch. We had hoped of sending our first Marketo email a week from Today.

My question for you is if what is the best strategy you would advise to meet this deadline as far as dealing with the dupe contacts:
1. Sync Salesforce to Marketo which as of right now matches our current database so lots of dupes exist
2. Try and dedupe as much as possible and then sync from Salesforce
3. Import a deduped list directly into Marketo and then do the sync.

Is there any cons to going with the 1st or 3rd option? I appreciate your help. Thank you. 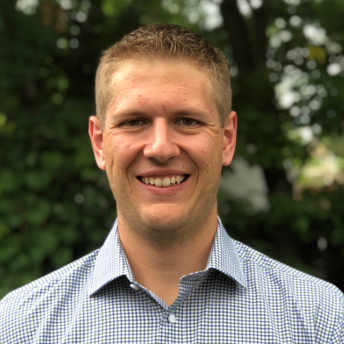 Re: Salesforce contacts and dupes

Looking at your three options, option number 2 is obviously the best since you want your Marketo database to be as clean as possible from the start.

That being said, I think option number three will actually have the opposite effect of what you're trying to do.  When a new person is created in Marketo, Marketo will always dedup based on email address if there is an existing record in Marketo and will append any new information to that existing record. However, when a new record is pushed from SFDC to Marketo, Marketo will create a duplicate when that record is synced from SFDC, even is a record in Marketo already exists. So just because the email address exists in Marketo, if the Marketo record isn't associated (by ID) to the record pushed from SFDC, a duplicate will be created.  As an example, let's say you have 20,000 contacts in SFDC and uploaded 10,000 clean contacts to Maketo (after deduping).  All of these contacts are not yet tied to a SFDC ID so they are Marketo only records.  Then, when you turn on your sync, the 20,000 non-clean records will sync from SFDC to Marketo and create new Marketo records associated to the SFDC IDs.  Now, you have 30,000 Marketo records and 20,000 SFDC records.  Cleaning this up will be much harder because you will need to work in two systems to manage the cleanup and it will cause more issues in the long run.

If cleaning up all duplicates isn't an option, I would try to get as many cleaned up as possible and then sync over.  The good news is Marketo won't send an email to the same email address twice, so you should ok there, but try to get those dups cleaned up ASAP.  I know you're short on time, but there are vendors out there that do one-time cleanups. I've used Ringlead in the past and it might be something you could squeeze in to get them cleaned up prior to syncing.

Re: Salesforce contacts and dupes

In addition to this, there are many tools that can help to deduplicate records.

I would concur that your best efforts to dedupe before setting up the sync is the way to go.

After that, you may look at options such as Easy Merge (a Marketo offered option) or other tools which can be set up to run nightly or on-demand.