That's a good workaround, Dory.  Our primary pain lies with these event programs where our options are limited and we're required to create new smart campaigns for each additional send/wave.  This wouldn't be an issue for a small instance of Marketo, but we're have over 800 programs across 21 country workspaces.  So we're always looking for ways to build and activate our programs as efficiently as possible.
2 Likes
102
Reply
Highlighted

Hey Dan, since the release of the Asset API, our developers have set everything up so that the editors of our newsletter select the content for the day's newsletters through a service that they designed, then they press a single button and the API clones a template program that contains the assets, test campaigns, and send campaigns. Another button press will send a sample email to the editors for review. The API schedules the final send nightly, and all of our newsletters go out the next morning.

We've definitely had a few hiccups with Marketo, but it is now possible using the API tools to basically automate the entire process! This has been running for us for about 2 months now, so I'm very confident that it works consistently

This sounds amazing! I've no idea what "the Asset API" is, but I'd sure love to hear more about it.

We send out a min. of 3 Newsletters a week to subscribers and each one has to be built separately.
If you'd be willing to share any documentation or know of any examples of this, I'd love to show it to the few developers that we have.

Thanks for giving me hope!Lynn

Hey Lynn, unfortunately this was at a previous role where I no longer have access to the instance. I do know that using the developers.marketo.com site, our developers were able to use a local site that they created to allow our newsletter editors to select the day's articles, change headlines if they wanted, pick ads, etc. to build the entire daily newsletter.

The asset API allowed them to clone a template program that contained all of the different newsletters, which were just totally blank emails in the template. Then the API injected the daily newsletter HTML that was created using the site I mentioned above. It was able to send test emails to those responsible for reviewing, and then schedule the final send once approved by the editors. Most of this occurred in conjunction with the site/app that they built on our end. Basically clicking a button on our site would relay the message through the Marketo API, and it would do stuff without using the Marketo GUI.

Depending on how you're currently generating your newsletter (we had a lot of this built in-house already for previous tools that we were using to generate the newsletters), this might be an option. But you'd need something that was already generating the HTML that you want to put in the email... we really just needed the send and tracking mechanisms, not the content generation piece. 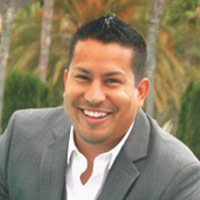 We ran into the same issue. We have a recurring email once a month with the same information so the email sends fine but the reports are awful. Seems like if an email got sent more than once to the same person we'd like to know that. Whether on purpose or on accident. Please Marketo fix this!

I haven't personally seen this issue. Marketo is setup to love Programs, so Dory's solution makes sense to track these more closely.

For Jason, I'm not totally sure how to solve this. You can run a smart list to see if Was Sent Email =X At Least twice would show you that count of people. You can also restrict the send to Once per lead or Once per Month, so theoretically, that can limit that situation.

Is this recurring email in response to a lead's action? That's not clear to me. Are you using comms limits?