Hello, we are just getting started with Marketo but are going back and forth on how best to set up our naming conventions. Our business does both prospect and customer marketing, and we have multiple product solutions.

Here are the proposed naming conventions. Any feedback on what is best within Marketo?

Overall, naming conventions are pretty personal to both the business model and the preference of the controlling user, but there are a few things that I recommend taking into consideration.

First, naming convention should be as short as humanly possible, and as long as crucially necessary. If it isn't vital information, cut it out.

Second, Marketo organises everything alphanumerically, which means that one of the key uses of a naming convention is that it will allow you to group similar programs without needing to over-rely on foldering (which can get messy and confusing). So one of the key takeaways there really is how you choose to organise your naming hierarchy - how you'd like your programs to group. Generally you want most critical to least critical; and so typically I go for region first (if you operate across multiple countries), then product/key customer segment (if, like you, there are multiple products), then program shortcode, date, name.

Following this rule, if I'm in the UK, running a live event to existing customers around christmas, personally I'd do "UK-EC-LE-171224-Christmas Party".

You'll notice that I use dashes in between each component of the naming convention. It's personal preference, but I find them easier to scan with dashes than spaces. I also don't like using the date format 2017-12-24 and prefer to use 171224, a) it's fewer characters, b) it would get confusing combined with my preference for dashes over spaces. Also, let's be honest - neither us nor the system will be around in 2117, so the 20 is really superfluous.

But really, I just prefer the visual ease of scanning through

Also - you mention assets. Just a note that assets within programs inherit the name of the parent program, so general best practice for assets is to number them in sequence and give them a descriptive name, e.g. the first email in an event program would be 01 Invitation Email, and in a smart campaign flow step search it would appear as "UK-EC-LE-171224-Christmas Party.01 Invitation Email".

Again - personal preference does come into play in the actual specifics of yours, but the above has worked well for me.

But yyyy-MM-dd and yyyy-MM are are actually international (ISO) standards for representing dates, not merely personal preferences... ISO 8601 is used in many other places in Marketo and in every programming language (Velocity/Java and JavaScript, for two relevant examples in martech).

I think it's better for people to get used to the standard format, since it allows for instant machine parsing (think parsing {{Program.Name}} or {{Campaign.Name}} in JavaScript after a link click, for example, or parsing a date-like String field in Velocity).

Of course if you're representing a quarter or some other unit that has no ISO standard it becomes a little looser.

Valid points! I'll have to take those into consideration in my own use

I've never needed to come at it from a machine parsing perspective, so never thought about that aspect of it.

Yep, it really comes in handy when parsing extracted Activity Logs, since without querying the Programs endpoint itself there's no other way to know the start date of a Program or Campaign. Of course any consistent naming rules can be echoed in a client app, but it's just that little bit easier to split the string and pass the datetime to a parser like new Date(). 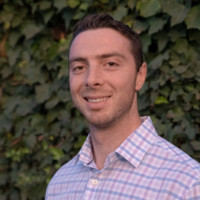 Our company does it a little different:

Hope this helps! Do what works best for you knowing that you cannot have 2 programs with the same name. For what it's worth, I like your second option the best out of the 3.