We are working on spinning up a new Marketo and Salesforce instance. Folks on the sales side have created a requirement that would lead to us intentionally creating duplicate records in Marketo so that every person who takes an action that requires attention from an SDR (i.e. signs up for a free trial, submits contact us form, etc.) is a net new lead who ends up in the Salesforce lead queue.

Obviously, this creates a whole host of problems in Marketo. I keep hearing from the sales side, "we can't be the first organization to use Salesforce as it's intended. Others have figured out how to do this; so must we."

I'd love to hear how others handle this situation -- how do you keep duplicate records to a minimum, while still enabling the sales team to work from the lead queue?

That's not really how Salesforce is intended to be used, and I don't know anyone who uses it that way. What you need is a lead lifecycle process such that, when a lead has finished the sales lifecycle, or gone cold, they're removed from being considered active and have the potential to be rerouted if they take another qualifying action in the future.

This is a problem that every sales and marketing team has, because there's not really anything built into Salesforce for handling it. We use Full Circle Response Management to handle this, and there are other competing products meant to solve the same problem. It classifies different lead statuses into "active" v. "inactive" categories, and uses scoring to move people into the active statuses when they are added to a Salesforce campaign, and route them to Sales. That campaign becomes the lead's "active response". If they later on get moved into an inactive status, like "Remarket" or something like that, they then become eligible to get "reactivated" (and thus rerouted) if they take another significant action later on. The fact that everything gets tracked at the campaign member level allows us to track the sales lifecycle and our campaign revenue attribution using campaign membership, and since a single lead can be part of many campaigns, there's no need for duplicates.

Don't give in on creating duplicate leads. Fight tooth and nail to stop it. It will create a nightmare for you and for every administrator who comes after you. Now is your chance to get your Salesforce started off right.

Thanks for sharing your insight and recommending Full Circle Response Management. I'm going to schedule a demo to see if their solution will be able to help us. I'm fighting the good fight over here! 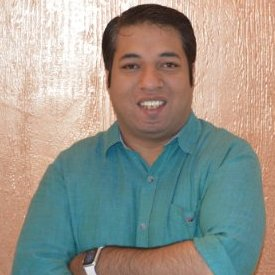 +1 for Full Circle Response Management. I have used it for several clients in the past, and it is adequate to manage most of the complicated sales flows. As you already know, intentionally creating duplicates can cause numerous problems in your marketing and sales system. If your sales team gets pushy for this, and they do not want to invest in a 3rd party tool, you should start finding a dedupe tool atleast for Marketo

Thank you, Rachit! I appreciate your vote for Full Circle. And good call on getting a dedupe tool for Marketo. Let's hope I can get the team to agree on a solution that doesn't require creating intentional dups!

Agree with all in regards to creating duplicates. There is a very narrow use case for this and it doesn't sound like you fit this case. If you sales team insists on creating duplicate records, there are solutions to either prevent this or to merge these after the fact, so that important metrics like behavioral scores do not become diluted and you are able to accurately identify the engagement of your records. Another solution to consider is RingLead DMS for helping with this.