I'm in the midst of setting up some pretty big engagmenet programs for my company and wanted to iron out some best practices and advice from the community.

I was watching this seminar that Marketo had posted called "How To Take Intelligent Lead Nurturing to the Next Level" and noticed that Edward Unthank recommended using individual programs for each email. Is this common and is it highly recommended?

Currently I have an engagement program setup with 14 streams, each stream contains an individual email. Once the lead is added to the first stream, they receive that email and are then pulled into the next stream, which contains the next email. The transition rule has a "Wait 10 days" flow set up, so after delivering email 1 the lead must wait 10 days before being pulled into the next stream, and this continues over and over again.

From that explanation (and I can definitely clairfy further), do you think its a good setup? Is there a better way to set up 14 emails in a nurture stream(s) that allows for a "10 day" wait period between emails? Would programs help in this matter? Also, there's a high chance that new emails/content will be added in the future.

Thanks, also any other tips/tricks/recommendations for setting up engagement programs would be helpful.

If you want to report on individual program success (and not just success at the engagement program level) - especially when using RCE - I highly recommend that you use programs (vs. emails) in your engagement programs.  Makes reporting so much easier and robust.  Plus, you have the flexibility to include additional logic (via smart campaigns) within each program if needed.
3 Likes
Reply
Highlighted

In talking with Marketo they did say that if you use programs you should be able to add campaigns with the cadence of 10 days between each email rather than using the cadence from the engagement program (stream setting). I haven't tried this myself. But I would assume you could even build steps to make sure you are sending this on specific days of the week if you wanted.

I think programs are a much smarter way to go and having all your programs in single stream rather than multiple strings. In addition you could add your A/B testing elements into the individual programs rather than A/B testing between streams.

The only issue I see with this is you really need to document everything you are doing, it's not as visual and from a QA standpoint you have to be more vigilant.

Again, this is just the advice the SE from Marketo gave us, I would suggest testing prior to launch.

In this case, if I were to switch over to using programs, do I still need an individual streams for each program, or can I put all the programs within one stream and use smart campaigns to define a "wait" step between programs?

For example, if Program 1 contains 1 email, could I define a smart campaign within program 1 that says "wait 10 days" before they are moved to Program 2 (which would also include just 1 email)? 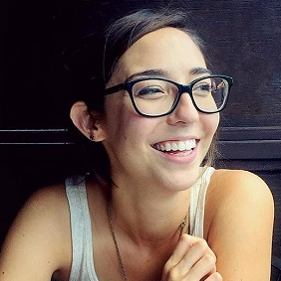 I am doing something similar and am looking for best practices.  Were you able to figure out your last question?

Hey Ande Kempf​, I was able to sorta figure it out, here's what I did.

I have a Engagement Program set up that acts as our nurturing funnel. I have about 15 emails that are set to go out in the next few months, each of these emails is nestled inside of an individual program. Previously, I had one program per stream, which resulted in 15 or so streams, and I had a transition rule that pushed leads from one stream to another. I soon realized that this was not best practice, especially if you are thinking about utilizing the Marketo Calendar. Basically, having so many streams ends up cluttering the calendar and makes little sense, especially since there are no leads in stream 15 yet because with the current set up, it will take months before any of the leads even reach stream 15 - so in essence all it is doing is taking up space.

Instead, I have one stream now with 15 programs inside of it, with a cadence set to every 3 weeks, so leads get one email and then the next and so on, this also displays only one stream on the Marketo Calendar and makes it easier to decipher.

The only downside is that, with the Cadence, you can't get super specific, for example you would have to select every 3 weeks as opposed to every 10 days, but it's not a huge nuisance.

Now, you can also add more streams to the Engagement Program, this is useful if you want to start with a broad set of content and then segment out as time goes by. So let's say in Stream 1, your default steam, you have 5 emails that are pretty high-level and general, so it's okay that all of your leads receive those emails. However, the 6th email is when the content starts to vary and now you want to deliver industry-specific content - so after the 5th email you could transition leads into new streams based on industry - for example Health, Finance, etc. You could also leave the rest of the leads that are just general nurture leads in the default stream and continue to serve them general content.

To add on this last part, you can also utilize Marketo's snippets to change certain parts of your email so that it displays differently depending on the segment, either way works.

Let me know if there's anything I can help with.

Excellent!  That does sound a lot cleaner, especially for reporting. Thank you