Visibility Rules Field Values Are Not Displaying on the Form

Visibility Rules Field Values Are Not Displaying on the Form

Issue Description
After setting up visibility rules on a form, you are not seeing the dynamic values for the field when you are testing the form.

The solution is to either change the visibility rules' values, or change the field values, so that the values match.

Is this article helpful ? 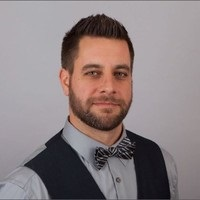 I did this for just Country and State fields. Just did 3 countries (USA, Canada, and Mexico), but for some reason, when I would select Canada or Mexico, their values would not load. The label would properly change to state/province if I selected Canada, but no actual values in the dropdown.

I was super confused as why US values would load, but not the other two.

So, I copy/pasted my values out of the visibility rules section, and added them all into the state field. Once I did that, my state field would properly, dynamically load the correct state/province values for Canada and Mexico.