We have hit our "daily api quota" a couple of times and when this happens - all hell breaks loose. Simple integrations such as to a webinar tool, start to break, and then actual campaigns get affected.  Usually when the daily API call max is reached, the cause is one particular new integration / api user that you have added into the mix. Right now, the onus is on the side of that tool or code that you created - to stay under an informal limit depending on how many api users that you have at the moment.

Since Marketo already tracks API calls at a user-level per day in the interface, it would seem that the next obvious step would be to enable a api-call limit per user.  It would be great if I could assign each user with a certain limit, so that a webinar integration that only needs a handful of calls per day could be assigned as such, and a custom sync, would be assigned much more.

This way, if one user unexpectedly used up a bunch of calls in an hour, or a day, it would cut off access to that user for the day, but allow other users to get their work done.

Love this idea. Had someone change the API calls in my external reporting tool from once a day to once an hour. Took 3 days of maxing out for support to tell me which API was causing the problem (and I felt lucky that they even tracked it down for me, usually they tell me to deal with my own integrations!).

I feel that pain!  It seems every Marketo customer would benefit from the system intelligently limiting one of our API users from taking up our entire API call limit... In our case it took us 24 hours to notice that we hit our limit (Thank goodness for Notification email alerts), and then several hours later to turn off the rogue code. The aftermath was - that we had to wait another 24 hours for the limit to clear up so that all our integrations started working successfully again.  Something like this would help make the platform more resilient, because in the future I can't imagine we'd use less integrations & api calls

The absence of this feature is why I have no hesitation in saying most integrations are not professional-class (let alone enterprise-class). I'd still make the point for other reasons (the low API limit itself is still a DoS waiting to happen) but the fact that calls are shared is ridic. Big +10! 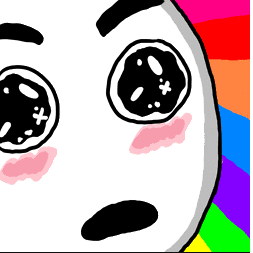 Kenneth Elkington​, wondering if there are any plans to explore this functionality a little more? Seems silly that one bad integration or an uncaught error/bad process can cripple the system (which must have happened before to multiple organizations, unfortunately).

If you like this idea, please vote for a related idea here: